The Libertarian Party of Brevard County attended the October 2016 Friday Fest event in Downtown Melbourne.  Many attendees were interested to learn about the Libertarian Party and our candidates for the upcoming election.  Here are a few photos from the event. 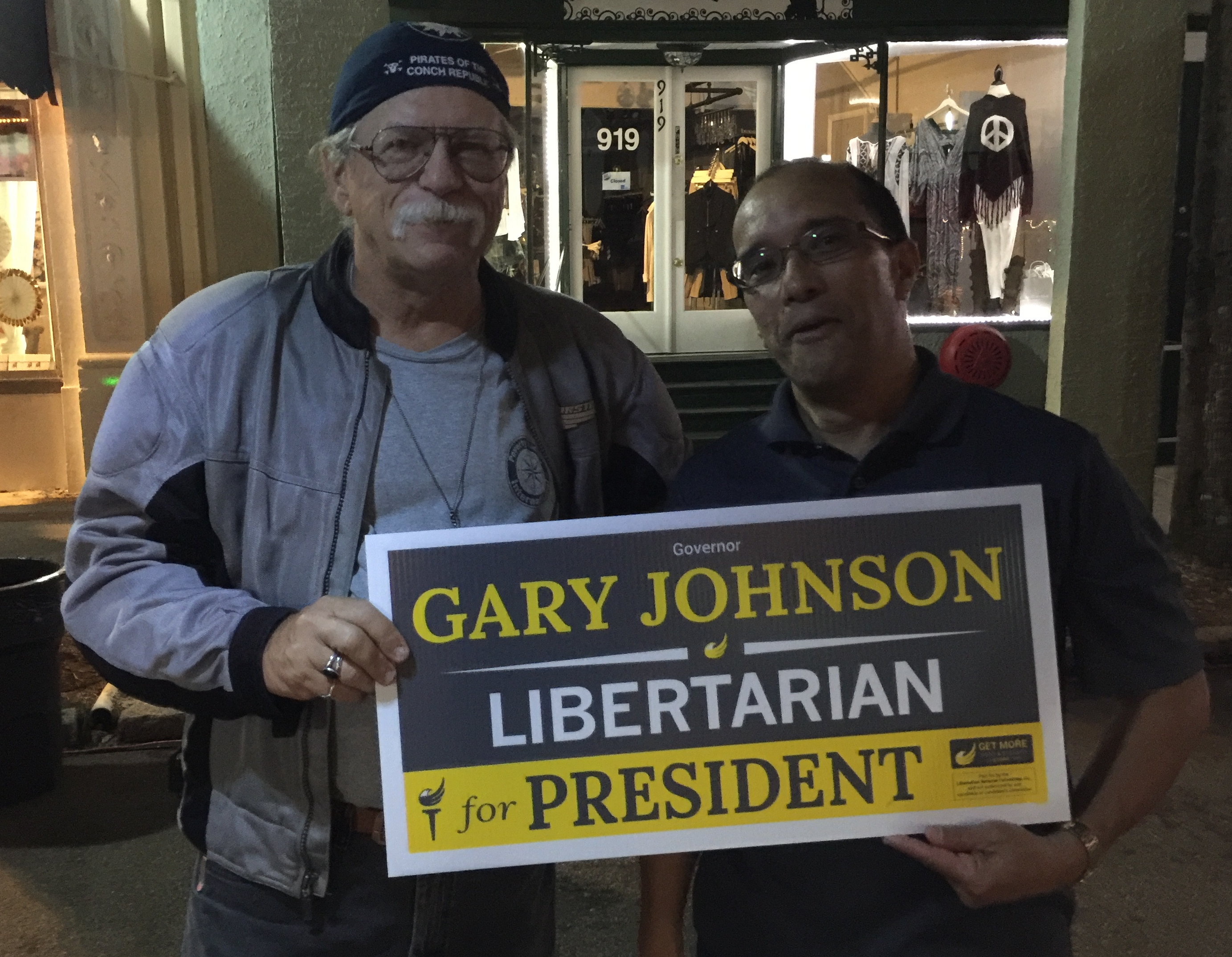 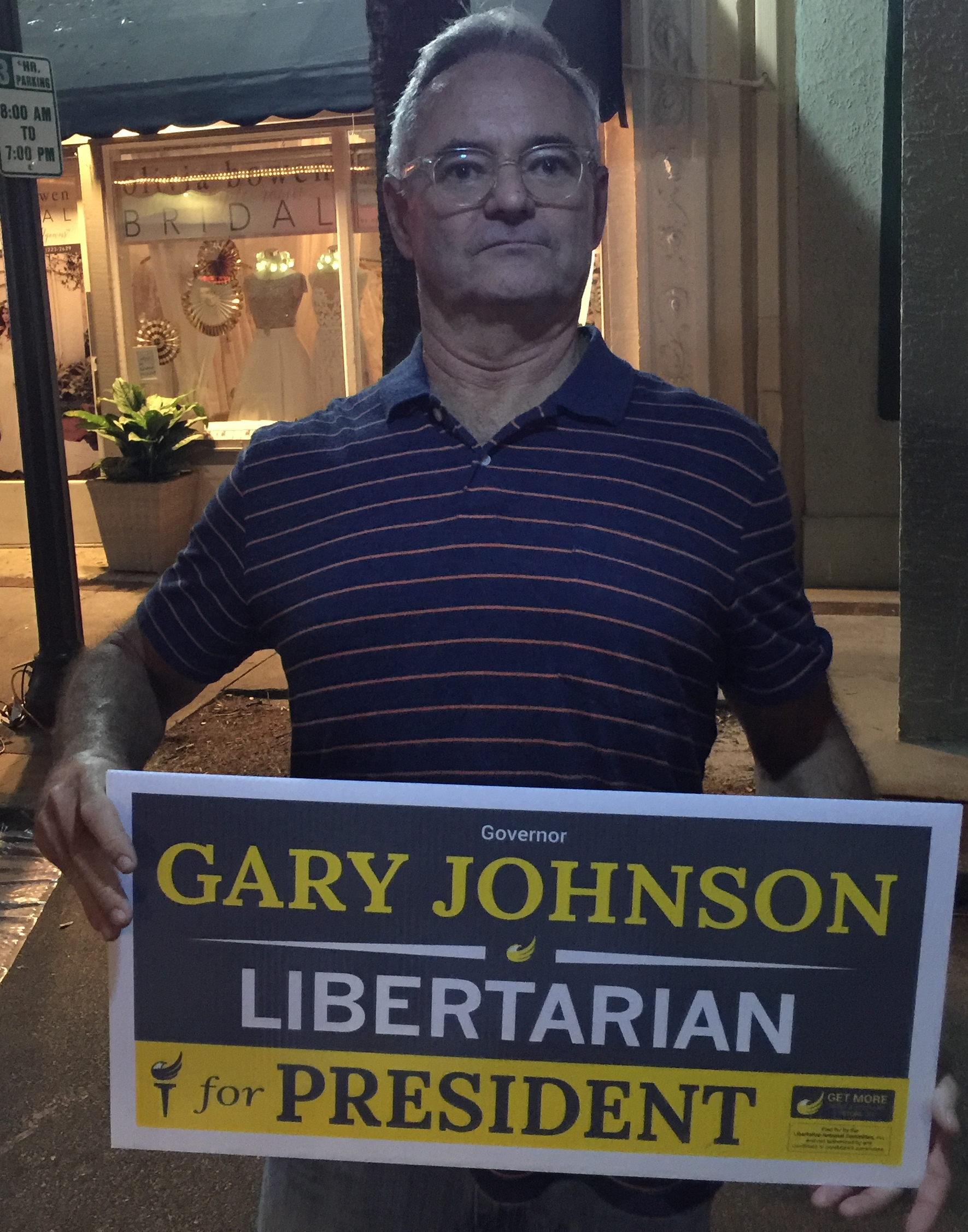 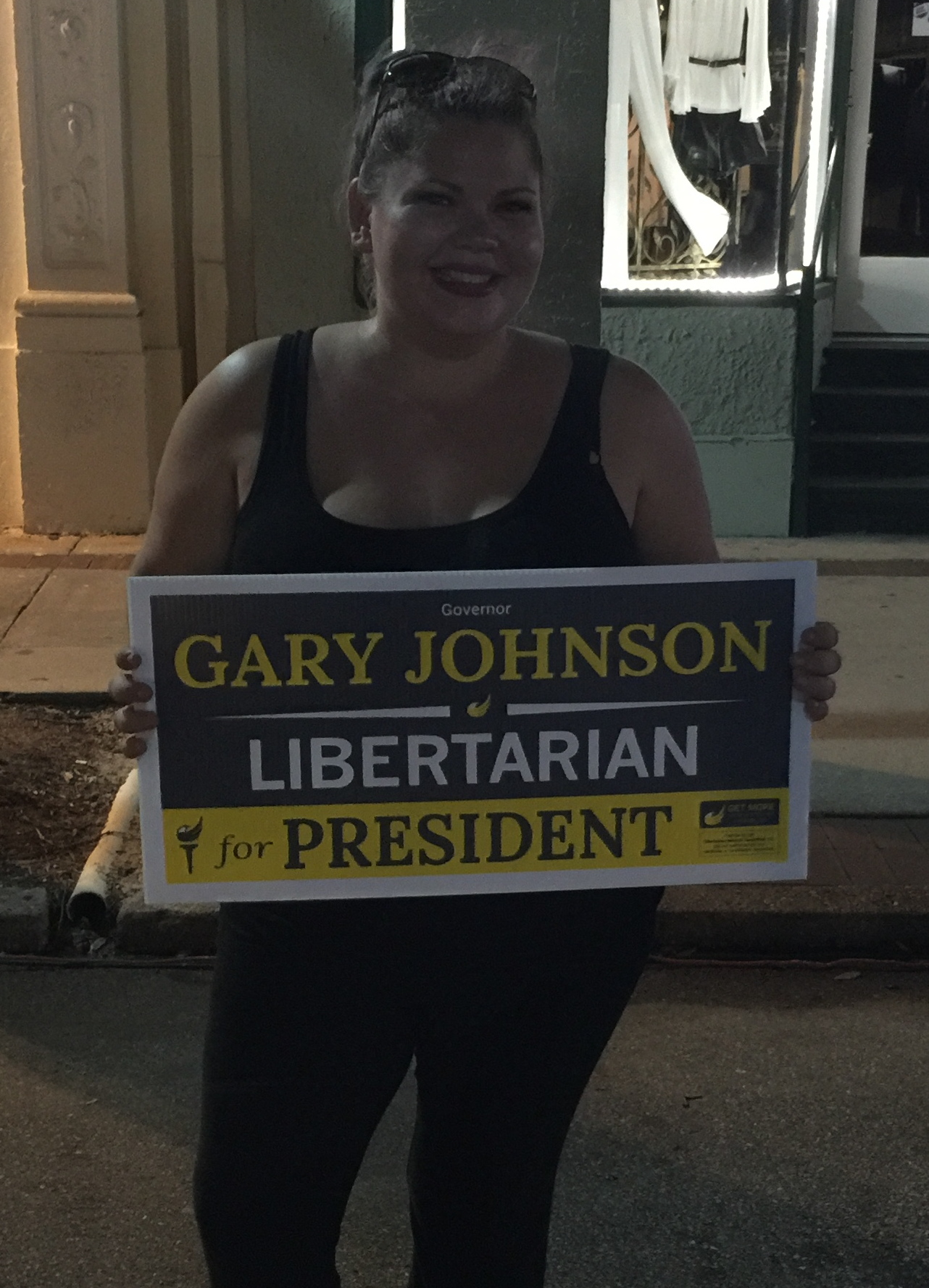 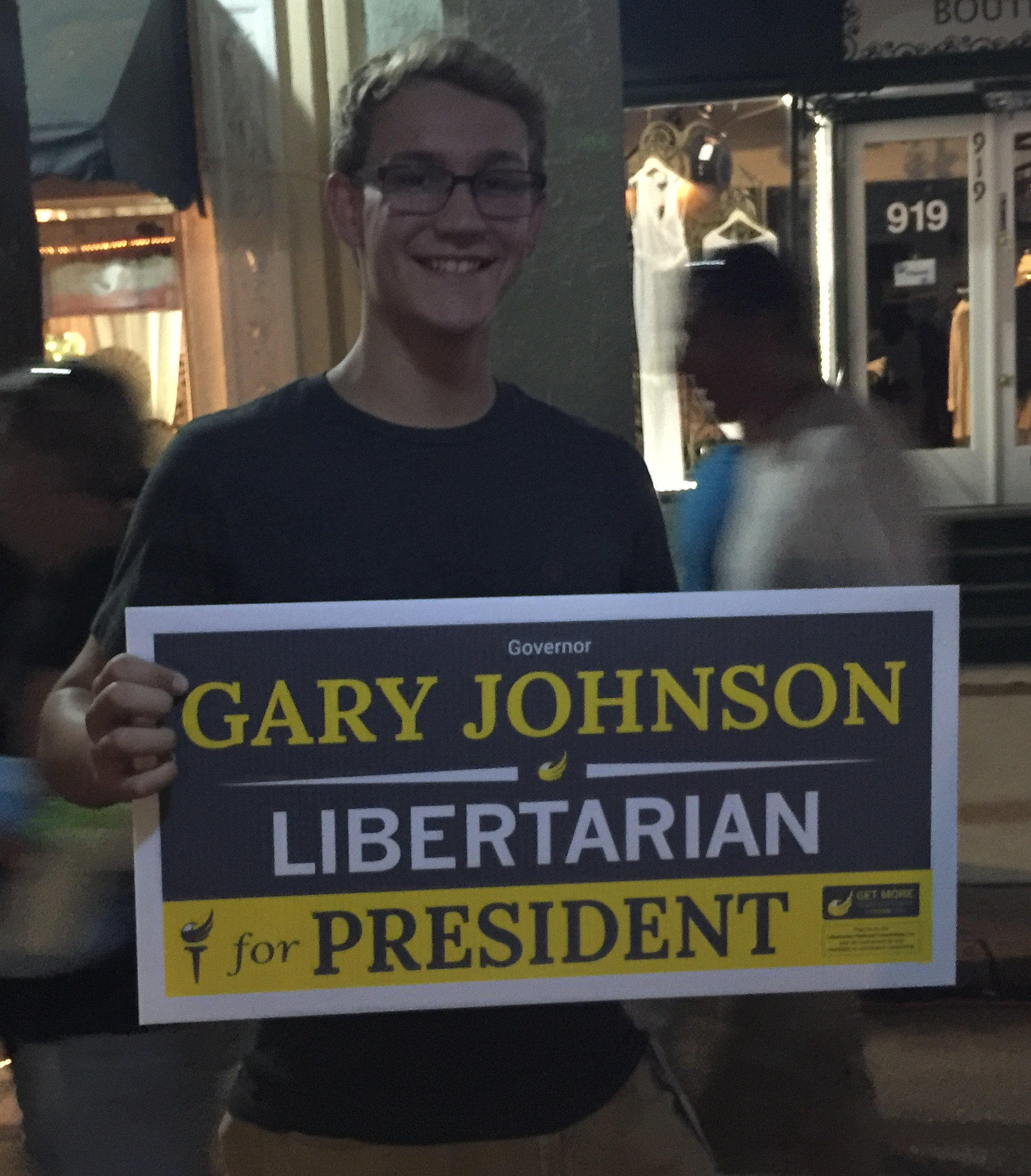 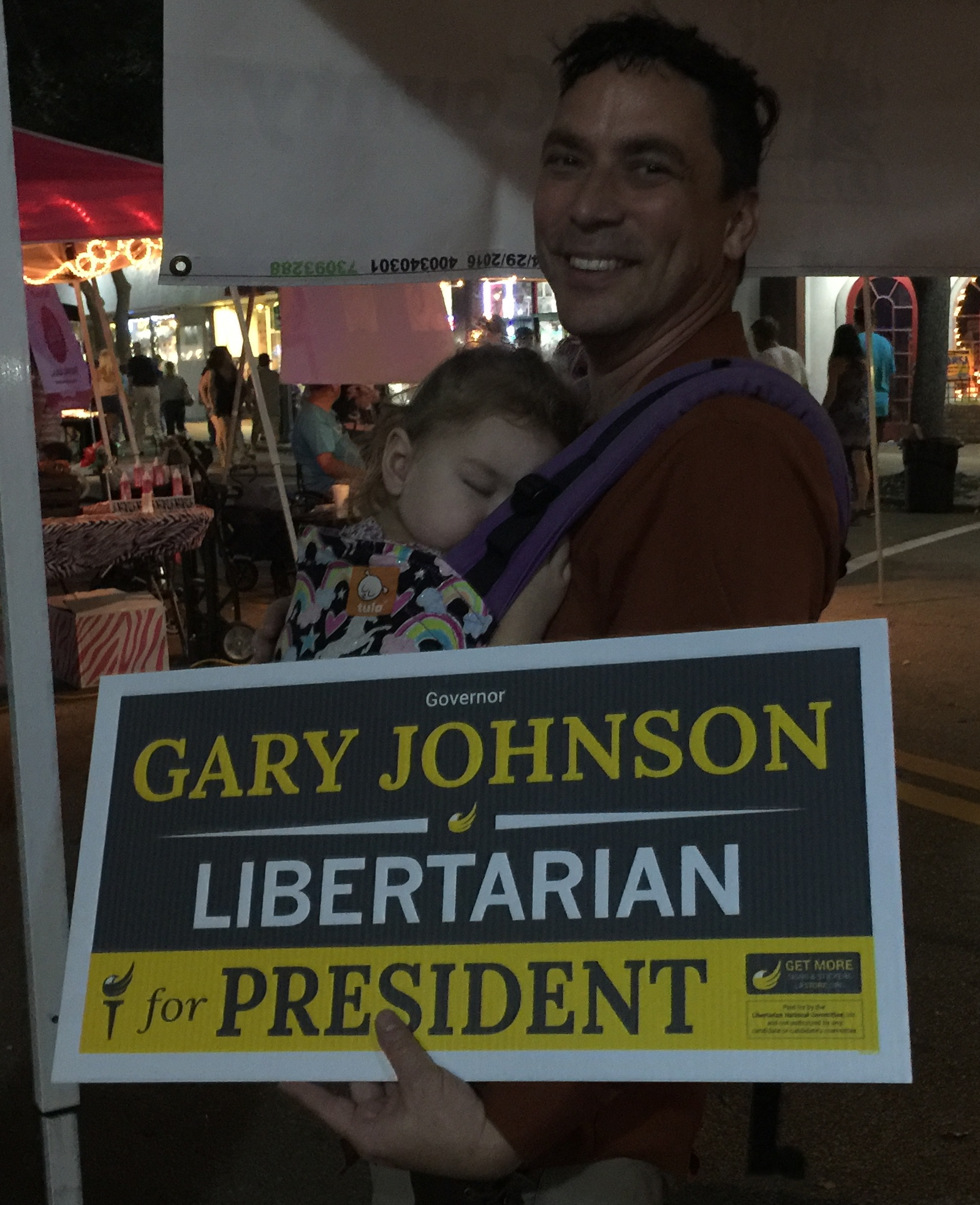 No way I’d want to see Trump as president, but he made some very good points about taxes.

He is a wealthy businessman, and took advantage of the tax code, just as every businessman, and probably most individuals do.  (How many homeowners refuse to take the mortgage interest deduction because it’s an unfair tax subsidy to the middle class, and oh, by-the-way, greatly benefits the banks lending that money?)

He makes the point that the loopholes he used were put there by the government, and they benefit the upper 1%, and the reason they’re there is because that upper 1% provides the funds that the politicians in charge need to get elected.

The implication being, is there any chance that a politician, who is part of that political establishment, will fight to change that?

This isn’t about Hillary.  It’s about any politician who is part of the current system of elected officials funded by large political contributions.

And it’s Facebook and it’s ilk.  Campaigns, such as Sander’s, Johnson’s, Stein’s, and, yes, Trump’s are funded in a large part by small individual donations.

Do you know what that means?  If one of those politicians gets elected, then, that politician will be beholden to his/her supporters, and they will be us!

I was very excited about Obama’s campaign.  He was funded by small donations, and those small donations gave him the support he needed to upset Hillary and win the Democratic nominations.  I gave!  I figured we owned him!

But major disappointment.  At the last minute he accepted large donations from Wall Street, to help him ensure victory over Romney.  He then failed to keep his promise to weaken the influence of lobbyists, and continued the Bush policy of bailing out the banks rather than the individuals hurt by the mortgage crisis.

But still, there’s hope!  I give to small donation campaigns (Johnson/Weld this time).  It’s only a matter of time before we start getting politicians funded by small donations.  And they will change the laws that game the system towards the 1%.